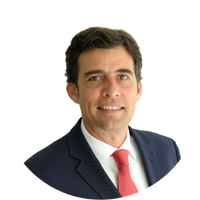 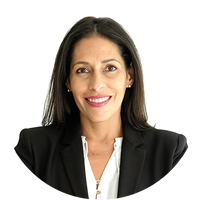 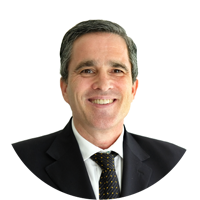 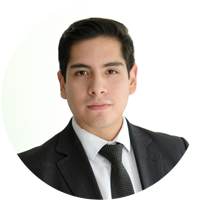 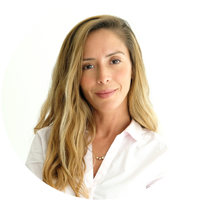 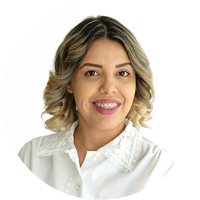 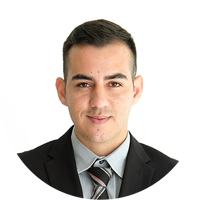 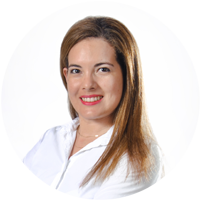 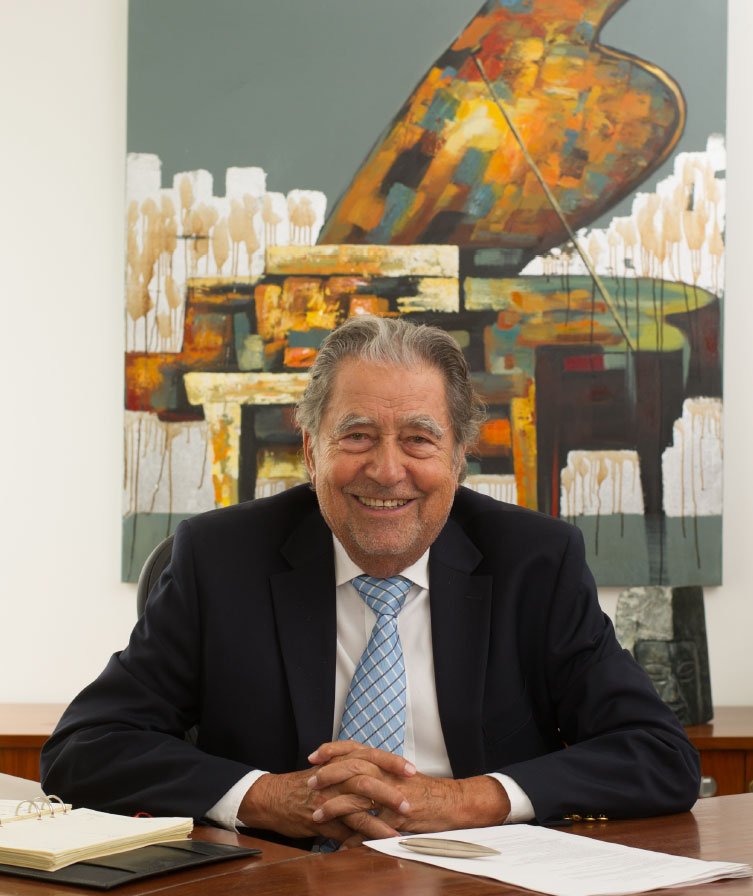 In 1996, José Mario Serrate Paz obtained his law degree in the Universidad del Salvador, in Buenos Aires, Argentina. In 1974 he received the title of National Provision granted through revalidation by the Consejo Nacional de Educación Superior de la Universidad Boliviana (National Council of Higher Education of the Bolivian University).
He has a master’s degree both in Administrative Law from Universidad Austral and in Defense Security and Development from the Escuela de Altos Estudios Nacionales de Bolivia (the School of Higher National Studies of Bolivia).
He has created an important professional and academic career in the area of Administrative Law.
He is a founding member of the Ibero-American Forum on Administrative Law. He has lectured inforums and seminars regarding law in Argentina, Bolivia, Brazil, Paraguay, Guatemala, Colombia, Ecuador, Spain, El Salvador, Mexico, Panama and the Dominican Republic.
Former professor of Cathedra of Administrative Law in the Universidad Católica Boliviana and advisor to the School of National Higher Studies of Bolivia. In 2006, he was substitute judge in Bolivia’s Supreme Court.
He serves as an international arbitrator at the Centro de Conciliación y Arbitraje de la Cámara de Industria y Comercio, CAINCO (Center for Conciliation and Arbitration of the Chamber of Industry and Commerce), where he also was president of the Consejo Técnico (Technical Council).
He is the author of many essays, such as “Topics of Administrative Law", and "What Was Never Said about Municipal Autonomy" and The Need for the Transfer of Central Government.
He also co-authored various books on administrative law with renowned international jurists 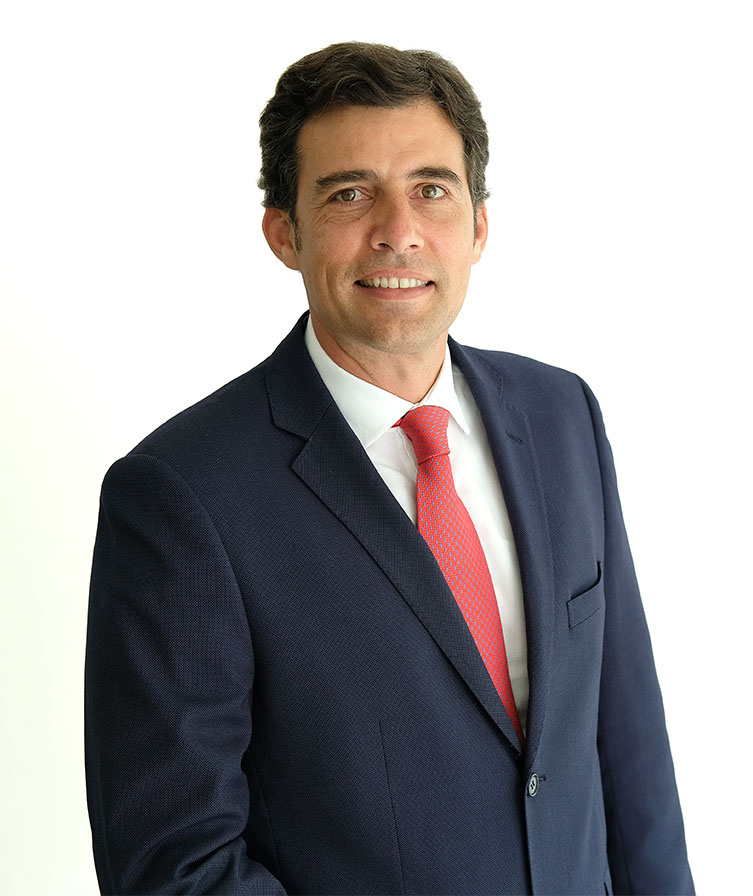 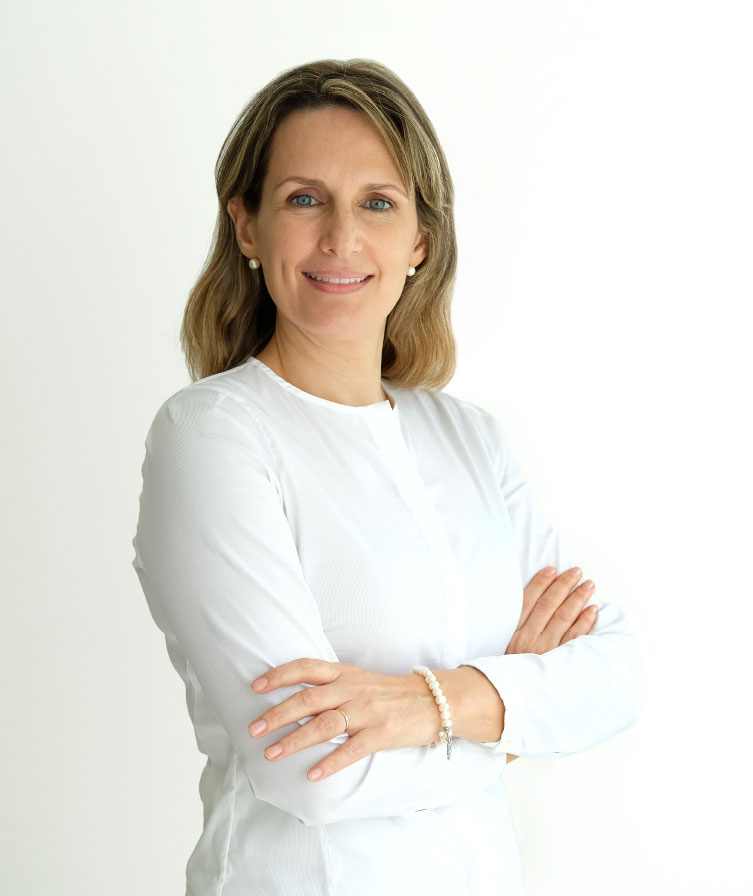 María Lía Paz R. jined Serrate Paz & Asociados in 2003 and is a partner in the study since 2010.
She acquired her law degree in the Universidad Católica Argentina (UCA) in 1995 and made the revalidation in the Bolivia in the University de Gabriel Rene Moreno (UAGRM) in 2010
In 1998, at the Univerdad de Buenos Aires (UBA) she completed the postgraduate course in Petroleum and Natural Gas Law. In 2003, she specialized in Regulation of Public Service from the Universidad Autral
Her practice area focuses administrative law, the regulation of public services, and contentious administrative processes before the Supreme Court of Justice.
She represents and advises national and foreign companies on corporate conficts, commercial
arbitration and advice on conciliations.
She is fuent in Spanish and English 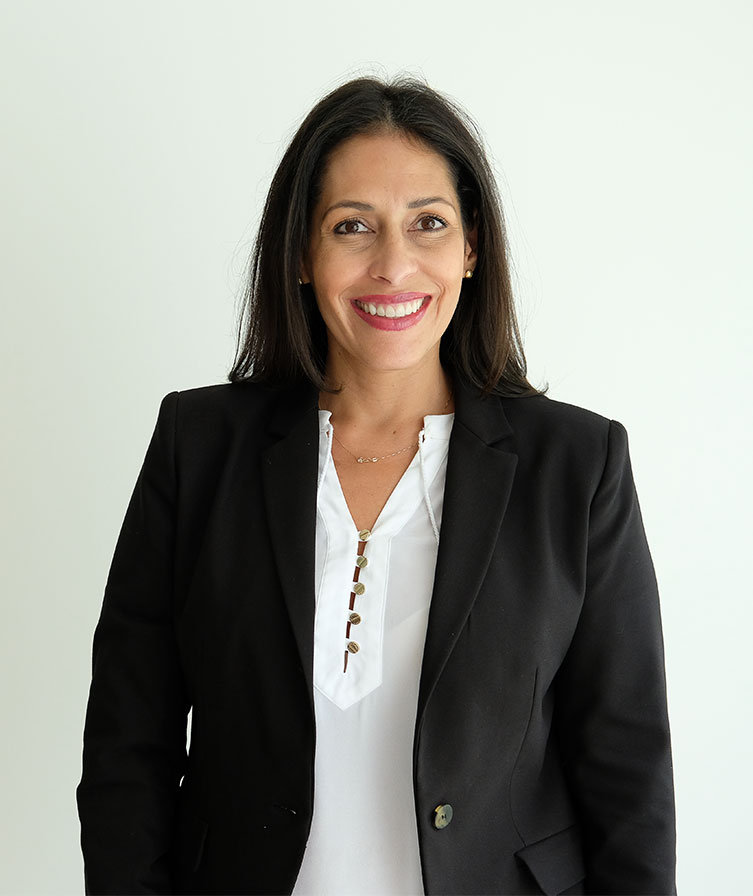 Carola Constanza Serrate Tarabillo joined Serrate Paz & Asociados in 1998.
She acquiered her law degree from the University Autónoma Gabriel René Moreno (UAGRM) in
1966 in Santa Cruz, Bolivia. She completed a master's degree in Labor Law and Social Security in
2009 from the same university.
She has experience in collective and individual labor lawsuits processes, labor restructuring of
companies, substantial changes in working conditions, mergers, outsourcing operations, work
organization systems and advice on union relations.
Her participation in judicial and administrative processes in various areas has allowed her to
maintain a constant contact with main social partners as well as social and labor issues in Bolivia.
She is the coordinator of the Labor Law and Social Security Area in the firm. 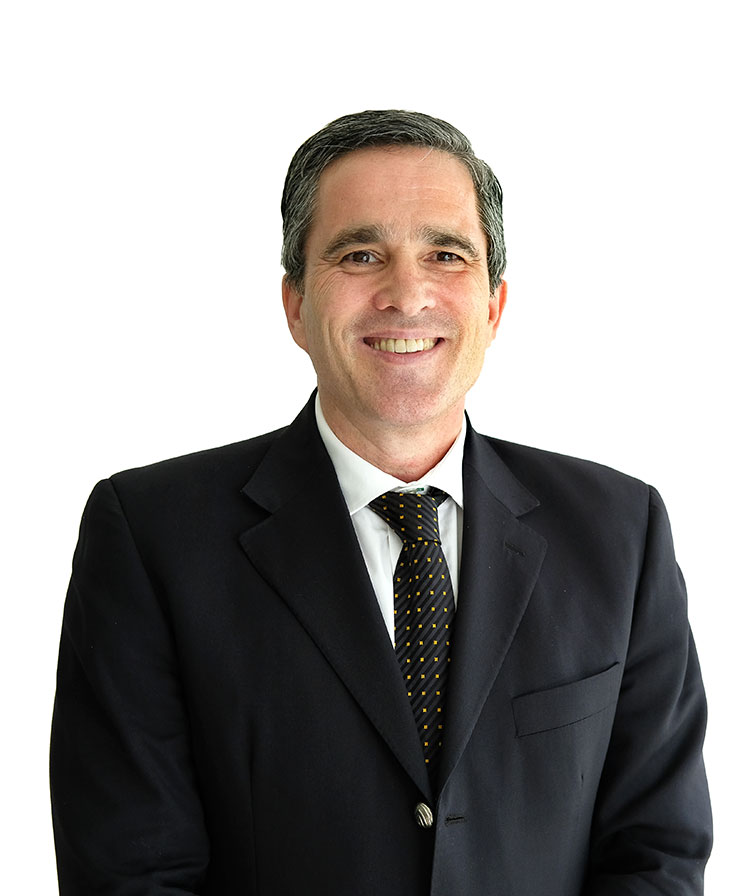 Manuel Augusto Nieto joined Serrate Paz & Asociados in March 2007.
He graduated in Administration from the Merchant Marine University in 2001 and has a master’s degree in Business Administration with a mention in Strategic Management from the University of Belgrano in 2004. Subsequently, he has completed a postgraduate in Communication in Universidad Austral, Argentina and in Investment Project Management in Aden, Bolivia.
His professional practice area is focused in business development, start-up, market research,
evaluation of investment projects, and fnancing sources mainly in the oil & gas, renewable energies and biofuels sectors.
Currently, he is the director of the Business Development area of Serrate Paz & Asociados. He represents Bolivia and advises in multinational companies in the energy area following the high standards of that industry.
He is fuent both in Spanish and English. 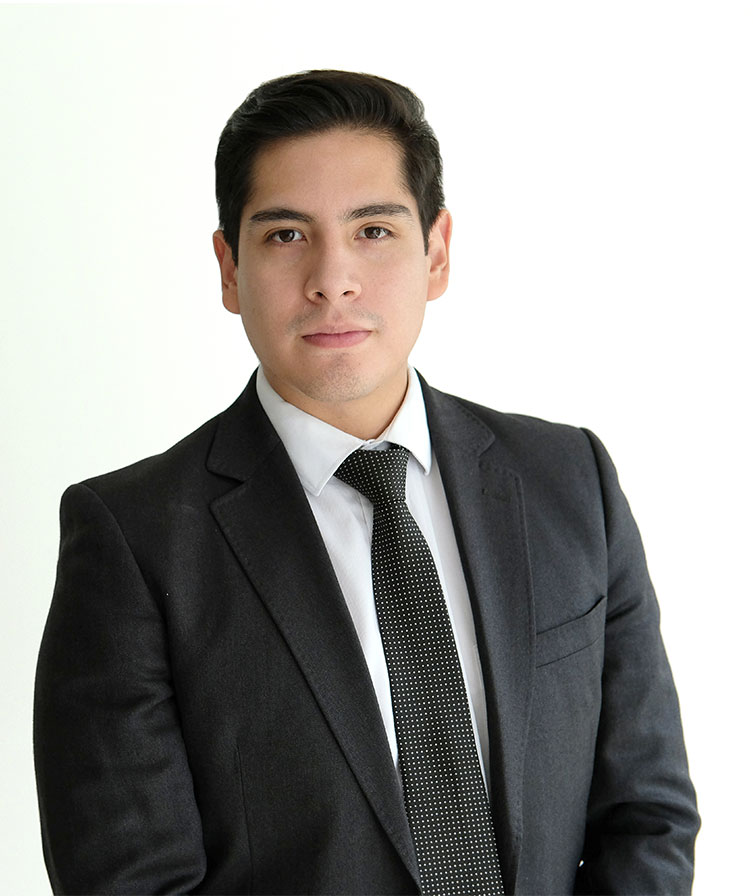 Jose Miguel Paredes joined Serrate Paz & Asociados in August 2015.
He acquired his law degree from the Universidad Católica Boliviana in Cochabamba, Bolivia in
2013. He completed a specialization in Negotiation, Conciliation and Arbitration from the Universidad Privada Boliviana.
In 2014 and 2015 he worked as General Secretariat of the Andean Community in Lima, Peru.
His practice area focuses on corporate reorganizations, M & A, corporate conficts and general
corporate advice, corporate governance, competition law, commercial arbitration and legal
actions- matters in which he represents and advises local and foreign clients from diferent industries.
He is the coordinator of tge Credit Portfolio Recovery Area from different financial institutions.
He is fuent in Spanish and English 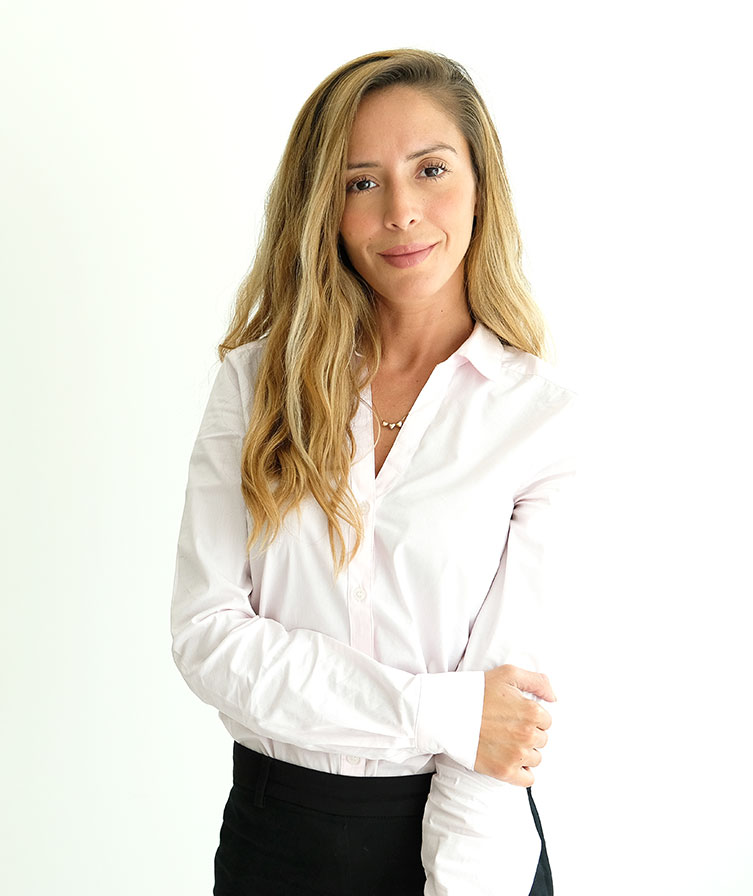 M. Ximena Callaú Videz has been part of Serrate Paz & Asociados since May 2012.
She graduated as an attorney at the Gabriel René Moreno Autunomous University (UAGRM) in the city of Santa Cruz de la Sierra in 2009. She has a master’s in Business Law and International Business from the same university.
She has experience in the judicial branch, fnancial institutions and other legal frms dedicated to
the commercial feld.
She currently works as a lawyer for divergences in the civil, commercial and corporate areas. She
advises public, national and international clients of the frm.
She is fuent in Spanish and Portuguese. 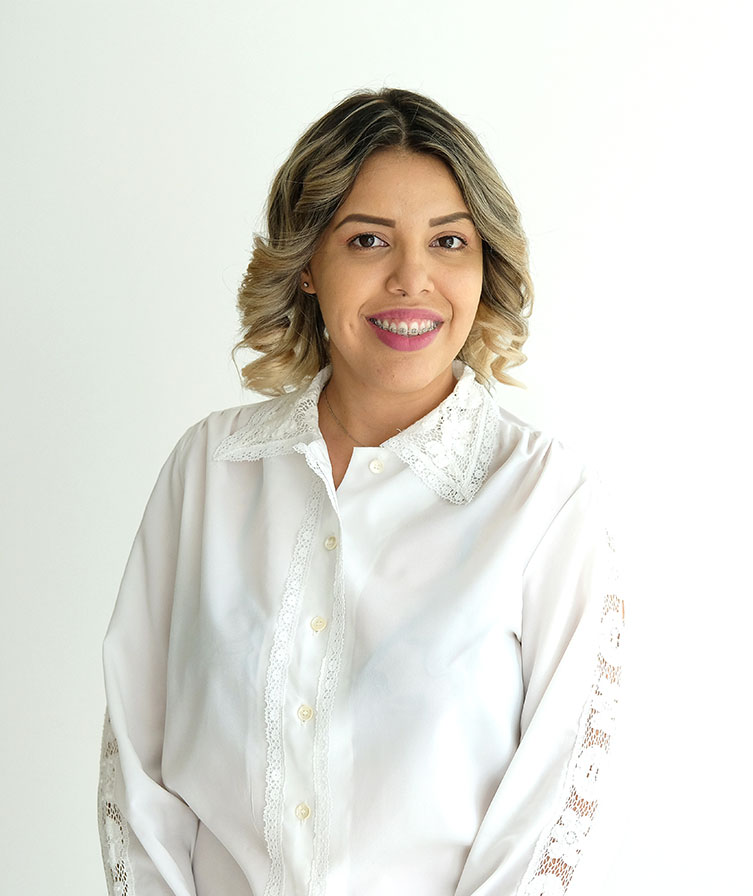 Diana Ysabel Arias Suárez joined Serrate Paz & Asociados in January 2018.
She acquired her law degree from the Universidad Privada Domingo Savio in Santa Cruz de la
Sierra in 2018.
Her area of practice covers civil and commercial law, as well as the recovery of credit portfolio from
fnancial institutions. 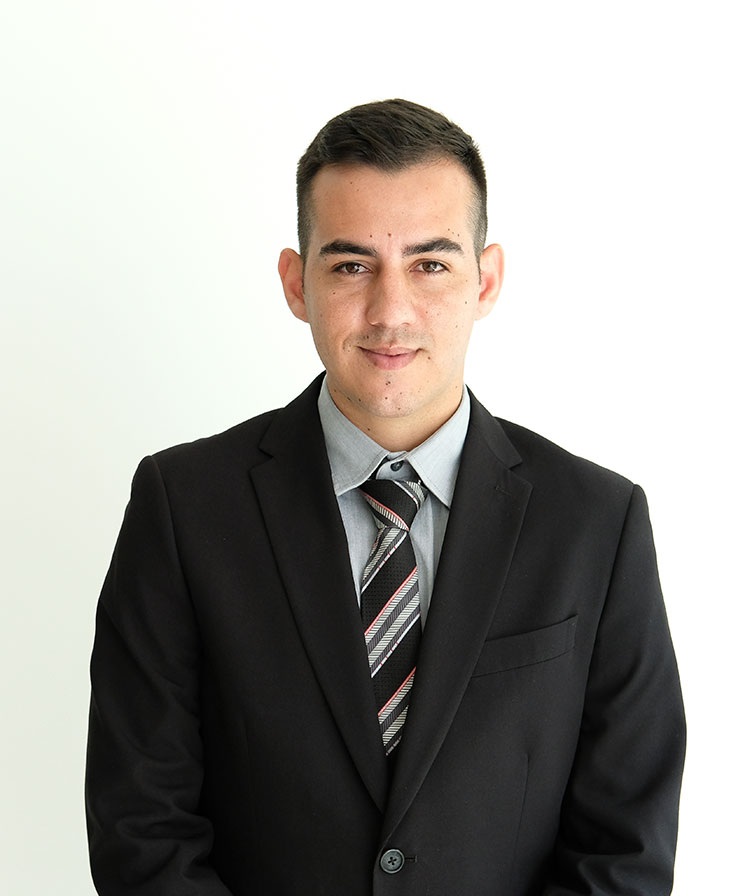 Jose Hebert Méndez Arandia joined Serrate Paz & Asociados in May 2015.
He graduated from law school in University Autonoma Gabriel Rene Moreno (UAGRM) in Santa
Cruz de la Sierra, Bolivia.
His practice area focuses on the drafting of contracts in general, legal proceedings in civil and labor matters, transfers of movable and immovable property, inheritance acceptances and advances of legitimate, as well as procedures in the commercial register (Fundempresa).
He is a member of the Public Bar Association of Santa Cruz Bolivia

Sofía Frías Harriague joined Serrate Paz & Asociados in October 2013.
She graduated as a lawyer from the Universidad Católica San Pablo Santa Cruz. In 2010, she
graduated with a master’s in Business Law and International Business at the Universidad Gabriel René Moreno in 2014.
Her professional practice area focuses in telecommunications, corporate law, and contracts.
She has experience in the areas of prevention of legitimization of illicit and secure profts.
She is both fuent in Spanish and English.